2018 Midterm Election Rundown - She Should Run
Skip to main content

We'll be continually updating this page with news, recaps, fun (and not so fun) facts, trending posts, and our take on how the results of the 2018 Midterm Elections will impact women moving forward.

More women than ever before were just elected to Congress. But we’re not at 51% yet, and we won’t stop until we get there.

From cookies to Congress: More than half the women elected to the 116th Congress were Girl Scouts

“Young women who participate in Girl Scouts leave with more than just a green vest, some hard-earned badges and a knack for driving cookie sales. Girl Scouts have a track record of growing up to become leaders — especially in Congress.”

She Should Run's National Conversation: Road to Run took place last night in New York City, and you can watch the entire program right here. Tune in below for a special post-election debrief that saw women candidates, recent winners, and key thought leaders unpack what it means for women to run budgets, businesses, and campaigns in record numbers.

"This year’s crop of women candidates weren’t willing to 'wait their turn.' They ran because they wanted to make sure voices like theirs were heard in Washington and in state capitols across the country. If this is the new norm, we’ll see more women running in the future, and more women running means more women winning.”

File this under questions we will no longer ask female candidates “Can a congresswoman wear her hair in braids, rock a black leather jacket and a bold red lip?”

How Far Did Women Move the Needle?* 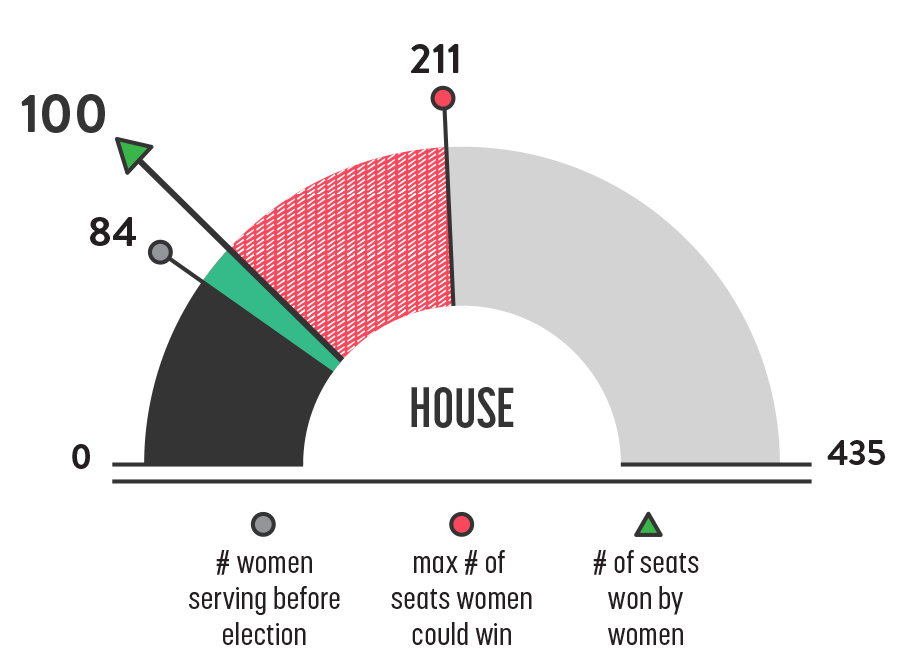 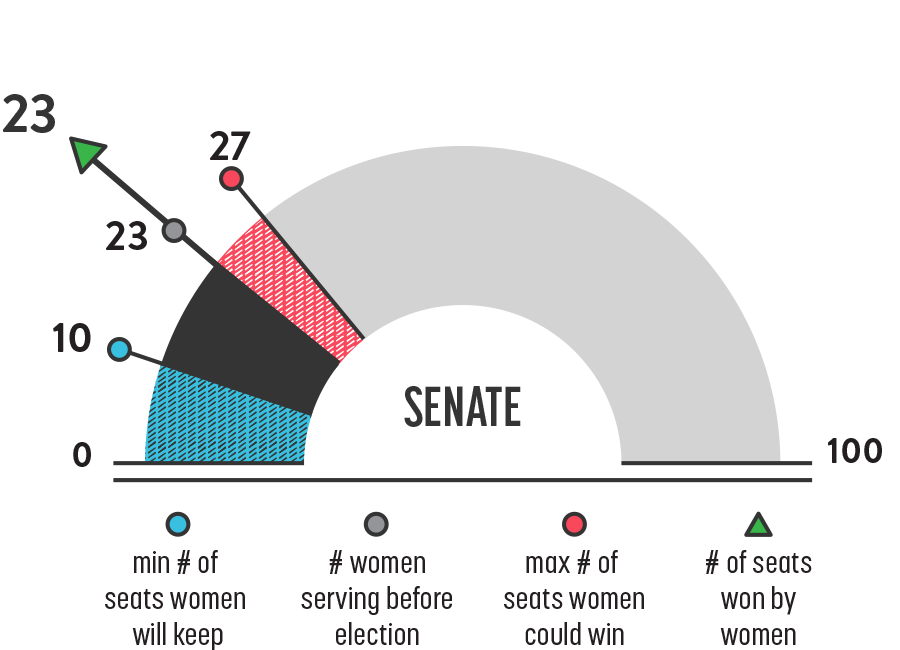 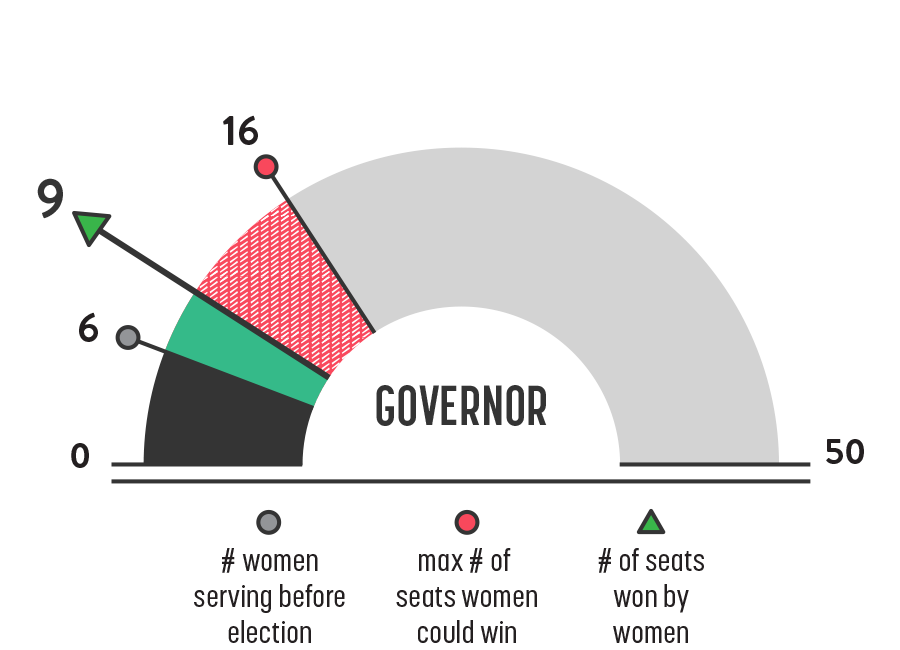 *These numbers are as of Thursday morning. There are a few races that are still outstanding.

Candidates from the She Should Run Community

We have a little something in our eye

A Friendly Reminder from She Should Run...

Join our incubator and jumpstart your journey to elected office!

While of a different political party, congratulations to @Ocasio2018 on becoming the newest youngest women ever elected to Congress. As Elizabeth Holtzman did to me, I proudly hand off that mantle to you. Work hard to encourage the next generation of women who follow! ????

Lucy McBath, mother of Jordan Davis (who was killed in 2012 by a white man for not lowering his music in his car) has defeated Rep. Karen Handel. The "every vote counts" applies in her race. She won by less than 3,000 votes.#Midterms2018 #WomensWave

That likely means more policies related to women’s health and issues like family leave. And it means that more women will likely run in the future. https://t.co/mrZCabiCf2 #Midterms2018 pic.twitter.com/Ydysg5S6An

The U.S. Congress currently has more women than ever before, but there remains a long way to go until gender parity is achieved: https://t.co/2PLUnTnYOH via @TIME #womeninpolitics #ElectionDay #midterms2018

Op-Ed: The 2018 Female Candidates Completely Rewrote The Playbook For How To Run A Campaign

In this op-ed, Erin Loos Cutraro, She Should Run's Founder and CEO, examines how women approached their campaigns from a different point of view during this election and disregarded the male-dominated status quo.

"On the campaign trail, they spoke about health care policies, weaving in their personal stories on debt and divorce. They left their pantsuits at home, and proudly exposed their tattoos. In political ads, they put motherhood front and center and breastfed. They showed their physical strength while boxing, mountain climbing, and more."

If the results of this election are any indication, changing the playbook is working.

How We Feel About all this Record-breaking and Milestone-making

Candidates from the She Should Run Community

“Growing up, I never thought someone would look like me in a position of leadership. My hope is that tonight’s victory shows young Native people across the state that anything is possible. I want every young woman in Minnesota to know, black, white, brown, indigenous, that you can grow up and you can lead this state. And my job will be to hold the door open for people who never thought that day was possible.”

Democrats, 4 of Them Women, Win House Seats in Pennsylvania

Pennsylvania has never elected more than 2 women at a time to Congress, but this year they're sending 4 victorious women candidates to Washington and setting a new state record for women's representation in the process.

“I had a few people tell me that maybe I didn’t have the right body part to be a governor. I said to them, ‘That’s unfortunate, but we’re going to win. And we’re going to do some really big things.’” 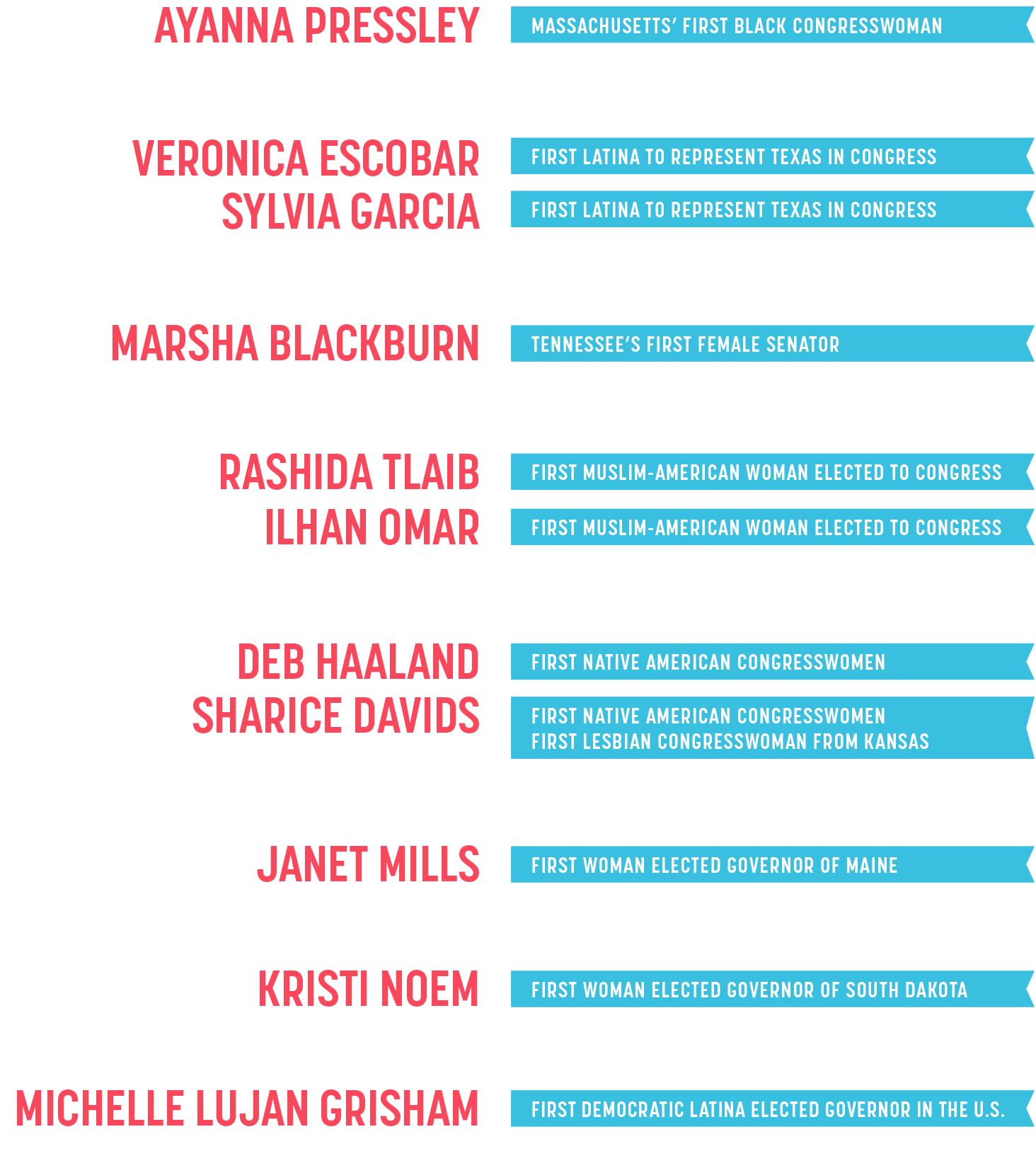 Data and Charts and Stats...OH MY! 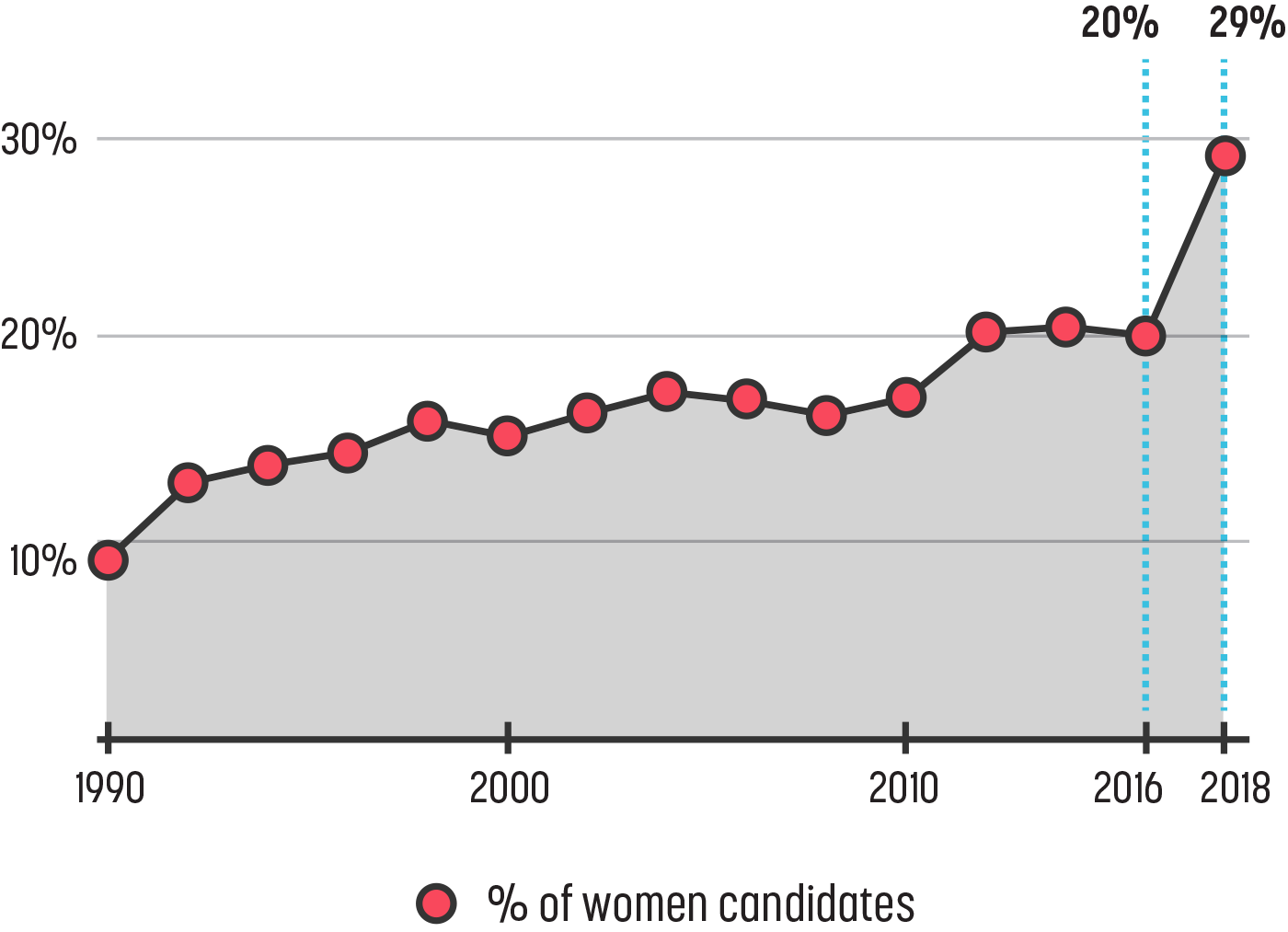 Watching the Results Start to Come In

"50 years ago today, Shirley Chisholm of Brooklyn shattered the glass ceiling to become the first Black woman elected to Congress." Chisholm's work to get in office and while in office expanded what was possible for prospective Black women leaders today. Her legacy lives on.

Check out episode one of a new doc series from @vicenews, "She's Running", following women candidates around the country.https://t.co/qa99p2YQh0

No matter what happens today women have already won by breaking barriers, & opening the political landscape for more women to run in the future “12 Charts That Explain The Record-Breaking Year Women Have Had In Politics” @voxdot_com #SheShouldRun https://t.co/XkkAsPTmFP

50 years ago, Shirley Chisholm of Brooklyn shattered the glass ceiling to become the first Black woman elected to Congress. https://t.co/ARIcEWxVEi via @ESSENCE

Fifty years ago this week, in 1968, Shirley Chisholm became the first black woman elected to the U.S. Congress. She represented New York's 12th Congressional District for seven terms, and in 1972 became the first black woman to run for president (with the campaign slogan: UNBOUGHT and UNBOSSED). Today, a record number of women and people of color are on the midterm ballots — here’s to following in Shirley’s footsteps (and grabbing that folding chair). #midterms2018 ✌????✊????????????

Today we are celebrating the women who fought for their right to vote 98 years ago! #GetOutAndVote #Representation #ElectionDay #Equality #Suffrage #Midterms #WomenInPolitics #WomensRights #InspiredWomen #WomenSupportingWomen

In Baltimore, the "gender gap in fundraising" has historically detered or prohibited women from running for office. Today, voters in Baltimore will decide whether or not to amend the Baltimore City Charter to establish a Fair Election Fund, allowing local candidates to access matching funds from small-dollar donations. Many feel this will especially benefit future women candidates, who the data shows rely more on small-dollar donations and may have commitments (like caring for others in their communities) that affect their income and fundraising potential.

How Far Can Women Move the Needle? 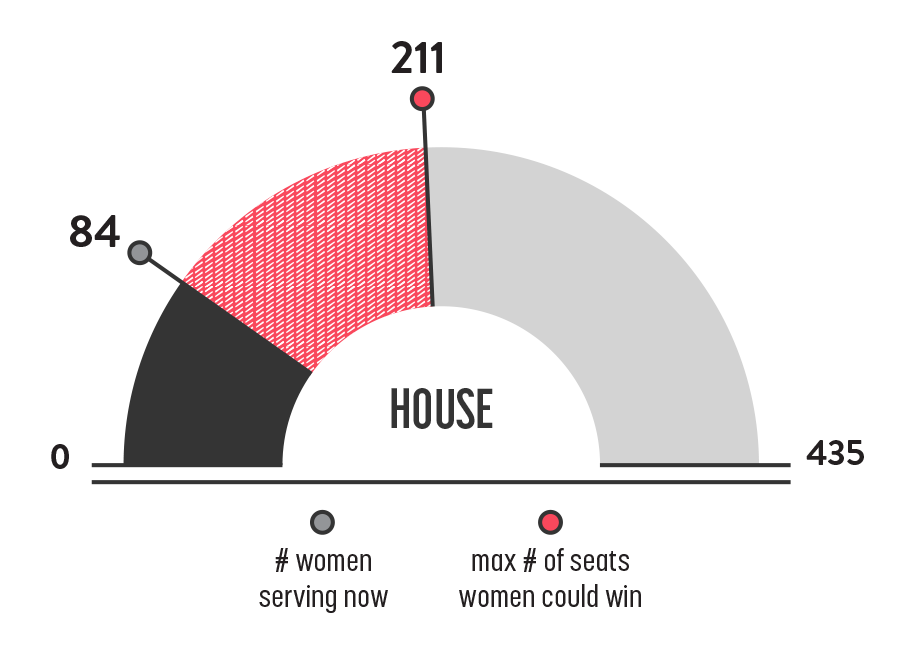 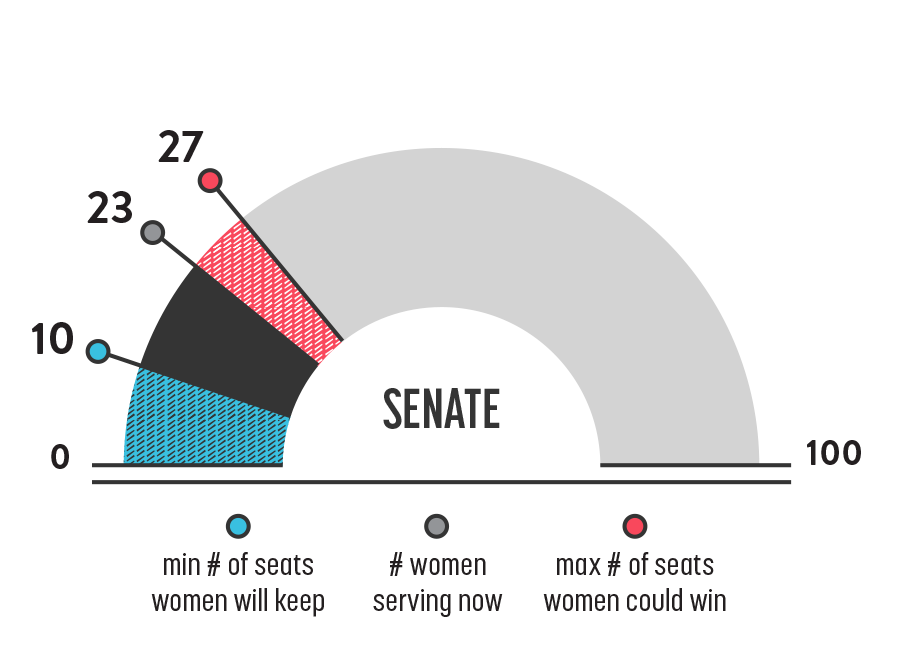 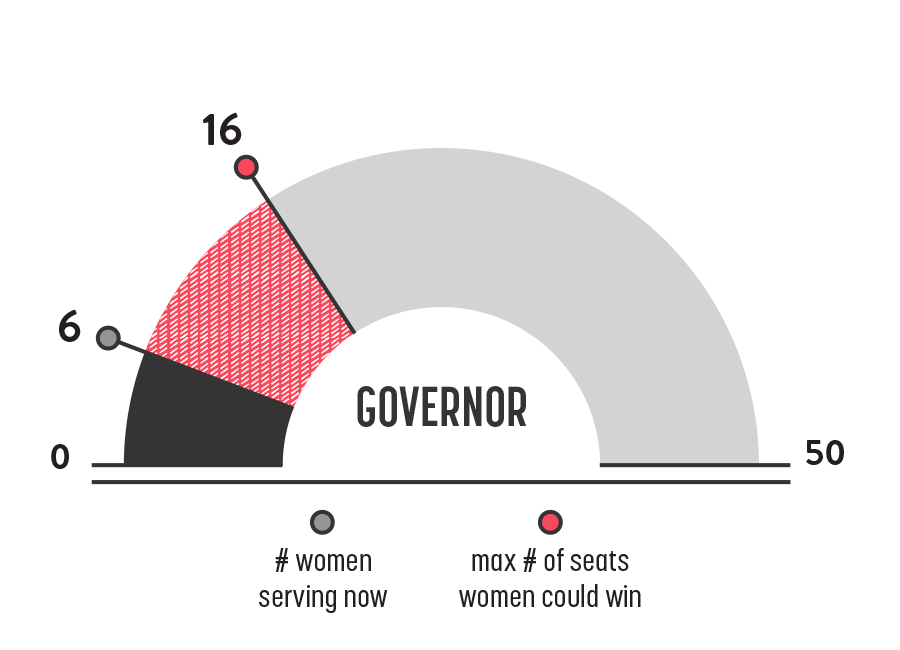 EVERYTHING You Need To Know About Women Making History In The Midterm Elections: https://t.co/3Vlaq4RfUT #R29xHouseofCards #ad pic.twitter.com/U4dYjvY0it

ALL. OF. THIS. "Simply by running as well as the perspectives they’re bringing to campaigns this year, they’re disrupting the status quo in American politics & they can have a lasting effect in that way even if they don’t end up in office.” @kdittmar https://t.co/UVIL1m3FBX

MUST READ before Tuesday: An Oral History of the Women Who Gave Rise to the First "Year of the Woman" in 1992 https://t.co/xkDhvzye71 via @FortuneMagazine

50 years ago today, Shirley Chisholm changed the course of history by becoming the first Black woman elected to Congress. ✊????✊????✊???? We’ve compiled a list of 57 Black women looking to secure your vote this midterm election with #TheChisholmList. Visit essence.com to get familiar with all of the changemakers.

#MondayMotivation from @whenweallvote + one of my heroes, former First-Lady @michelleobama! Don’t underestimate your role in tomorrow’s outcome. Be informed. Be active. Be a changemaker. #VOTE #womenwhovote #changemaker ・・・ Voting is the only way to ensure your concerns matter. Period. Register now and vote on November 6. Text WeAllVote to 97779 or go to whenweallvote.org. #WhenWeAllVote

Data and Charts and Stats...OH MY! 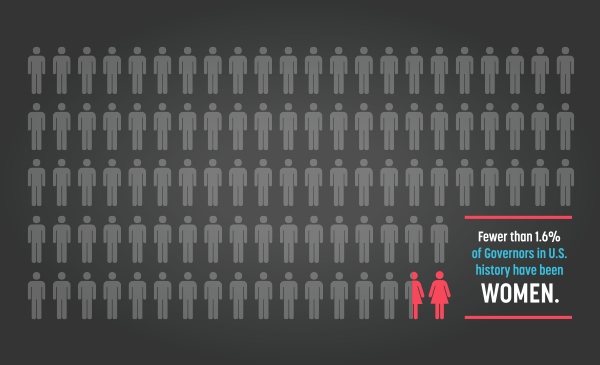 "Even in a best-case scenario, we’re not solving the gender discrepancy in government this election cycle. There are going to be some great wins and there are going to be some devastating losses. It’s going to feel big and heavy. But I think that the urgency of change—the need to diversify the voices in positions of power—will continue to drive women to step forward. Will there be a pause right after the election? It’s possible. My hope is there’s not. My hope is that people see that there is a way in—now let’s break these doors open and go for it."

We need women from all backgrounds, ethnicities, & across the political spectrum running for office if we want to see #equalrepresentation in THIS lifetime so “Meet the 6 Black Republican Women Running for Congress” @EBONYMag #BlackWomenLead #SheShouldRunhttps://t.co/lH6kDpUjwZ

Do you have a story to share?
If you would like to submit an article or volunteer to be interviewed for an article, please email community@sheshouldrun.org.
Join She Should Run and receive the latest updates